Surprisingly many people turn their noses up at animated films thinking that they are too childish. Their are many animated films which are best for children, but their are an abundance of exceptional films best appreciated by adults. Here is a list of animated features which you may not have heard of and which you might like to see. I have avoided giving away any of the stories so you may enjoy in peace. If they are not suitable for children I will say so.

Akira – A Japanese cult classic set in a dystopian future featuring a group of orphans in a motorcycle gang. It get a little weird.

CARE – Lots of violence so not for children.

Bellville Rendevous (Les Tripletts De Belleville) – A surreal and quirky story which received much praise. Very styalised drawing. Watch our for the mafia in stretch 2CVs.

Final Fantasy: The Spirits Within – Battling an alien race in a post apocalyptic future. The story is good. What sets this apart is that although it is a CGI animation it is very close to real. The company went bust due to the expense of the effort. The detail is astonishing.

Ghost In The Shell – Two films here including the sequel. Cyborg and human police battling the bad guys. Very philosophical in places, what is a life form? DNA or computer programme? The second film has a sequence lasting no more than two minutes watching a carnival procession. This extravagence took over a year to make, and it is just an aside to the story.

The Iron Giant – Based on ted Hughes story. An alien robot falls to earth and befriends a boy. Vin Diesel voices the robot. You are what you choose to be.

Metropolis (2001) – Japanese film very loosely based on the 1927 version. A good story and excellent music.

Persepolis – A girl reflects on her life growing up in Iran during the Revolution.

Pinchcliffe Grand Prix – This is the No.1 Norwegian film widely known in Scandanavia, and not really outside that area. It is a claymation stop motion feature, do not let put you off. (The race sequence was copied liberally for pod racing by Mr. Lucas). You need to order this directly from the studio, and it is expensive.

Titan AE – A Don Bluth film set in the future. Aliens destroy the Earth. Any future for humankind?

Tokyo Godfathers – Three homeless down-and-outs find a new born baby on Christmas Eve. Their journey is to return the child and to learn about themselves. Japanese with English subtitles. Widely acclaimed.

The Twelve Tasks of Asterix – This is a good Asterisk film. It features as one task Find Permit A38 in The Place That Sends You Mad. Too close to reality.

Paprika – A surreal and even psychedelic film weaving between reality and dreams. Highly unusual.

Steamboy – A steampunk animated film set in the vicinity of Manchester in the mid 1800’s. Very odd. Lots of weird steam powered contraptions. 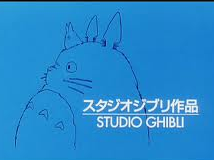 Studio Ghibli – The preeminent animation studio. Too many top films so it has its own section.

Your message was successfully sent.
Thank You!